A Down to Earth Guide to GFCI’s

You may have noticed them upon plugging an appliance into a kitchen outlet.  Maybe it was just in passing at a restaurant bathroom or you actually tripped one and had to reset the electrical outlet.  The weird looking electrical outlets with two buttons in the middle.  Ground Fault Circuit Interrupters (better know as GFCI outlets) are commonplace in most homes and buildings nowadays, but what is their purpose and how do they work?  In this post I will try to answer these questions in laymen’s terms and provide insight to what a homeowner really needs to know about these special shock prevention devices.

What the heck is a GFCI?

As was stated above, GFCI stands for Ground Fault Circuit Interrupter.  So by definition, it interrupts a circuit that experiences a ground fault.   Yes I know, that definition may just make it more confusing, but lets breakdown the terms of the statement so we can see how simple that definition really is.  We will start with defining a ground fault.
In simplified terms, a ground fault is when an electrical current strays away from its intended path.  To better understand this concept, think of electricity as water and the wires it runs through as a hose.  The water is meant to be contained inside of the hose prior to reaching its final destination (most likely your lawn).  Similarly, electricity is contained within wires (normally routed through your walls or a conduit pipe) prior to reaching its destination at a light fixture or appliance through an outlet.  Now going back to the water hose for a second, let’s say you puncture it, what happens?  A pinhole leak forms and the water is not completely contained.  When the electricity flowing through wires comes in contact with a good conductor (water is the best example in this case) at an exposed electrical connection (such as in the case of a outlet), the electricity will leak from its intended path and cause a ground fault.  So a simple way to think of a ground fault is an electrical leak. 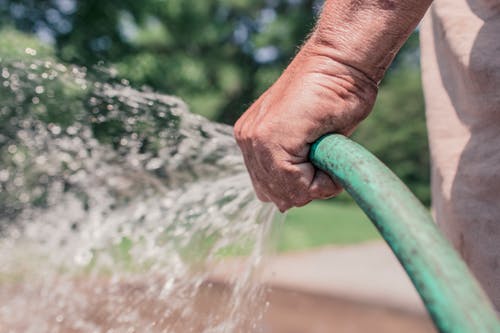 Figure 1:  Electrical Flow in a home is comparable to water flowing through a hose

The second component of the GFCI definition to discuss is “interrupts the circuit”.  A circuit is an loop that will allow the electricity to flow through it when there are no break within a loop.  When you turn on a light switch you are breaking (interrupting) the circuit loop to the light fixture.  So to interrupt a circuit means the same thing as turning off a light switch or tripping a breaker.  The loop is disrupted to shut off the flow of electricity.
So tying these two components together, we can state that a GFCI device shuts off electricity to the outlet when a ground fault (electrical leak) is detected.  But how does it do this? As electricity flows through an outlet when an appliance is plugged in, current (electrical flow) enters and exits through the outlet.  The current should be pretty much the same entering and exiting the outlet.  For instance if 1 amp (unit of electrical current) enter through the outlet then 1 amp should exit back through the outlet plug.  If the current exiting is less than the entering current there is a ground fault.  A GFCI outlet can detect a ground fault where the current difference is .005 amps or higher and will interrupt the circuit in less than 1/10th of a second turning off the power to the outlet or circuit depending on how the device is wired.

Why is GFCI protection important?

GFCI protected outlets are important safety devices that help protect a home’s inhabitants from accidentally getting electrocuted.  If a ground fault occurs, there is a potential for the stray electricity to come in contact with an inhabitant and for the electrical current to be drawn through them.  The biggest risk for potential electrocution is places inside and outside of the home in which there is potential for electrical receptacles or fixtures to come in contact with water.  Therefore, it is important to have GFCI protected outlets installed in the homes exterior, kitchen, bathrooms, garage, and other areas where water may be present.
The use of GFCI protection devices were first introduced by the building codes in 1971 but were only required for exterior outlets and swimming pools.  Other areas where outlets could be susceptible to water were added to the code throughout the years including baths, kitchens, crawlspaces or unfinished basements, laundry rooms, and dishwasher receptacles.  Note that in some municipalities the requirements may be different but the dates presented in this article are in accordance with the National Building Codes.

There are 3 different ways to give a particular outlet GFCI protection: 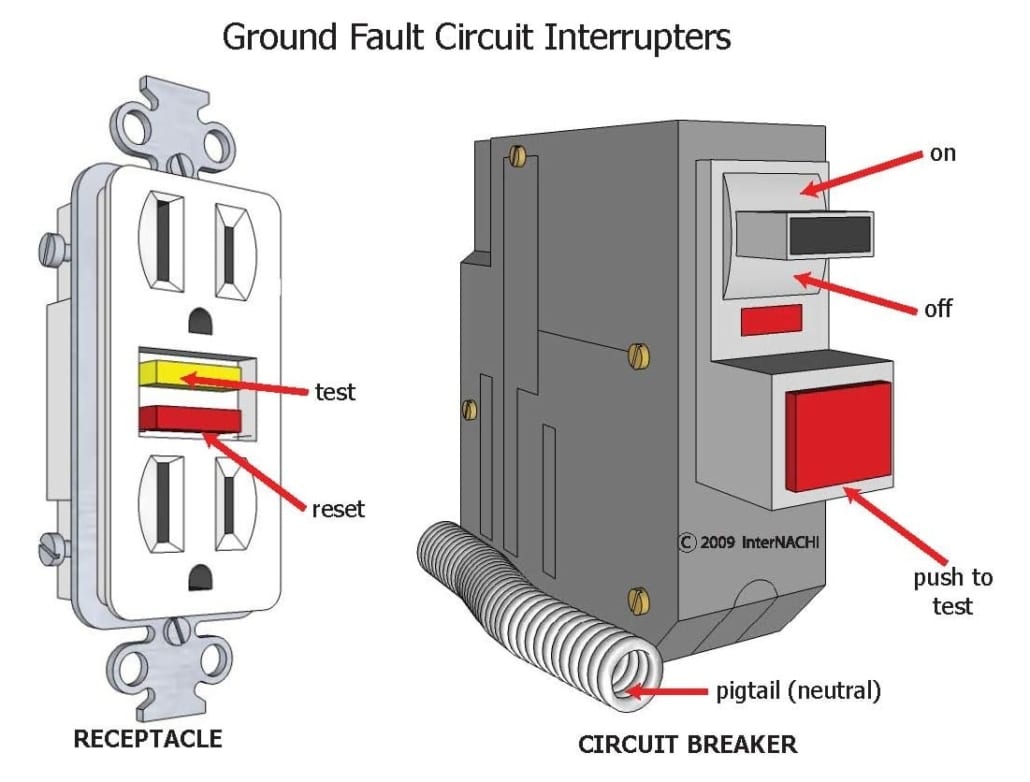 Figure 2: Images of a GFCI Receptacle and Breaker

GFCI devices that protect you and your family from potential electrocution due to a ground fault are important safety components for every home.  It is important that protection is properly installed for every electrical outlet or connection that has a high likelihood of coming in contact with water.  If you don’t know if you have proper ground fault protection installed in your home, you can contract a licensed electrician to assess the required areas and have them install proper GFCI capable devices. 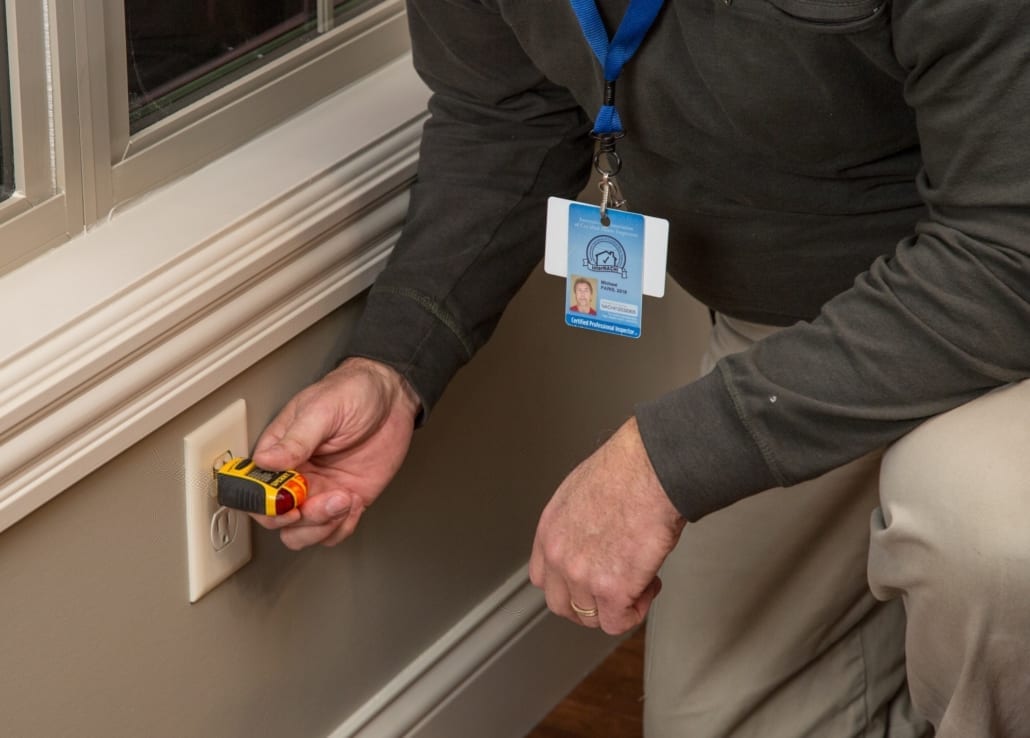 Lastly, you should also test your GFCI outlets or breakers at least once every 3 months by pressing the test button on the receptacle or breaker and verifying it trips (power shuts off).  It’s worth noting that pushing the test button on the GFCI will simulate an ground fault internal to the GFCI device which is not case during an actual ground fault event.  If you want to be doubly sure that your GFCI’s will function properly, buy a GFCI tester like the one shown in the figure above to test your outlets.  These testers simulate a ground fault external to the GFCI device (As is the case for most ground faults) and are more accurate with detecting any issues with GFCI devices.